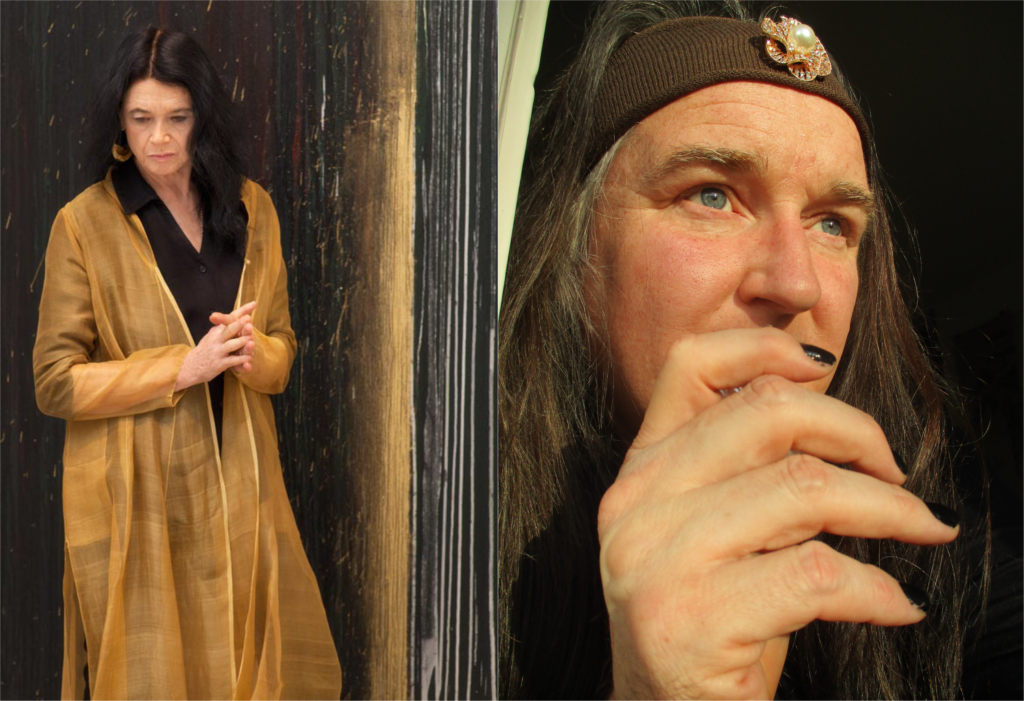 We are so pleased to virtually welcome our friends Anne Waldman and CAConrad for a conversation around poetic practice, activism, and spiritual existence. CA will interview Anne with questions offered from other poets and artists influenced by her life and work, including Hoa Nguyen, Raquel Salas Rivera, Tongo Eisen-Martin, Thurston Moore, Callie Gardner, and LaTasha N. Nevada Diggs. Please join us!

During much of the last year Anne Waldman has been working on the book Bard, Kinetic for Coffee House Press, to be published in 2022. Also she has been making video work with Fast Speaking Music in Mexico City with her son Ambrose Bye and his partner Natalia Gaia which includes: “Stepping Back,” “Activity Demon,” a tribute to John Giorno commissioned by the Pompidou Center in Paris, and “Archivo Litania” in both Spanish and English, created for the Poetry Project Marathon 2021. She is curating the online “Carrier Waves” Naropa University Summer Writing Program: “Reckoning & Future Memory” with Jeffrey Pethybridge in June 2021. Guests will include Ghazal Mosadeq, Ariana Reines, Bernadette Mayer, and features a Diane di Prima symposium with Tongo Eisen-Martin and Ammiel Alcalay. With Emma Gomis, Anne recently created a bi-lingual text Punch In the Gut of a Star (Catalan/English) for a new film in progress by Ed Bowes. Her recent collaboration with artist Nathlie Provosty entitled “All Rainbows in a Brainstem That We Be So Contained” has just been published by Hassla, an art press in NYC. She has participated in BLM protests in Colorado and has been a champion of XR. She is most grateful to the translator Mariano Antolin Rato, & to editor Oyku Tekten for the book MUNDO APARTE (OFF WORLD) which resulted in several memorable performances and extension of artistic & activist community in Granada, Spain and around the world before the pandemic.

Author of more than 50 publications of poetry, Anne Waldman's most recent books include: Sanctuary (Spuyten Duyvil, 2020), Songs of the Sons and Daughters of Buddha (co-translated with Andrew Schelling, Shambhala, 2020), Trickster Feminism (Penguin Books, 2018), and Extinction Aria (Pied Oxen, 2017). In 2020, she released the album SCIAMACHY (Fast Speaking Music, 2020) with Levy Gorvy Gallery, that includes collaborations with Laurie Anderson, William Parker, Deb Googe, Ambrose Bye, and Devin Brahja Waldman, and which Patti Smith has called a “psychic shield for our time.”

CAConrad has been working with the ancient technologies of poetry and ritual since 1975. They are the author of Amanda Paradise (Wave Books, 2021). Other titles include The Book of Frank, While Standing in Line for Death, and Ecodeviance. They received a Creative Capital grant, a Pew Fellowship, a Lambda Literary Award, and a Believer Magazine Book Award. They teach at Columbia University in New York City and Sandberg Art Institute in Amsterdam. Visit their website.

ATTEND $GIVE WHAT YOU CAN